A Look Inside Tata-World Bank Plantations 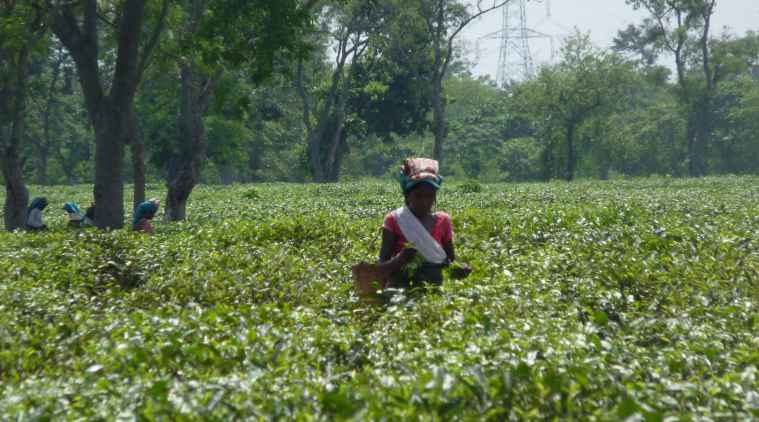 Guwahati, India – Monday January 28, 2019: Today, the World Bank’s independent watchdog, the Compliance Advisor Ombudsman (CAO), released a monitoring report finding that the World Bank has failed to deliver on commitments to address serious health and safety concerns facing the 155,000 people that live and work on tea plantations it owns in India’s Northeast. Tea workers across the state of Assam, including on the World Bank’s plantations, earn a daily cash wage of only 167 rupees and rely on their employers for housing, healthcare, education, and other basic services.

Workers and their supporting organisations are counting on leadership from the World Bank and Tata Group to respond to the sustainability concerns found in the CAO’s monitoring report in a consultative manner,” says Stephen Ekka of PAJHRA, a local organisation that filed a complaint to the CAO. “The workers of APPL must be central in the design and formulation of solutions.

In 2009, the World Bank’s private sector arm, the International Finance Corporation (IFC), joined forces with the Tata Group to create a worker-owned company called Amalgamated Plantations Private Limited (APPL). The rationale was to empower Adivasi (Indigenous) tea workers through better conditions and share ownership. The Tata Group – which owns the Tetley brand – is the majority shareholder, owning 65% of APPL, while the IFC owns a 16% equity stake. Employees and tea workers own the remainder of the company. Both Tata and IFC have written commitments to protect the health and safety of communities, enshrined in the Tata Sustainability Policy and IFC Environmental and Social Performance Standards. In November 2016, following a complaint about poor conditions by local organisations supporting tea workers in the state of Assam, the CAO released an investigation, finding numerous violations, and that hazardous living conditions on the plantations contributed to workers’ susceptibility to disease. In response, the IFC and Tata committed in an “Action Plan” to working closely with APPL to improve housing, water supply, toilets, hospitals, and pesticide use, on an urgent basis, in close consultation with workers.

The CAO’s monitoring report released today finds that in the last two years, the IFC and Tata have failed to keep their word on their promises and has not brought APPL on track to achieve compliance with the IFC’s environmental and social requirements. The report found serious lapses in IFC’s supervision of APPL, including no evidence the IFC followed up with APPL in relation to a series of serious incidents of death and injury documented by the complainants on three APPL plantations in Assam in 2018. The IFC is required under its procedures to conduct a root cause analysis of serious incidents to prevent their recurrence. The CAO warns that “if noncompliance with IFC requirements persist, IFC, as a part owner of APPL, risks perpetuating a system of employment with well documented negative impacts on workers and their families.”

Investing resources and expertise in workers’ health and safety will increase worker productivity and move APPL towards profitability,” said Anirudha Nagar of Accountability Counsel, an organisation supporting the complainants. “After consulting workers, the IFC and Tata should mobilise its vast financial, intellectual, and managerial resources to support APPL to implement an action plan.

Although APPL management initially reported progress in housing, sanitation, and phasing out highly hazardous pesticides, progress was hampered by financial losses the company has incurred since 2015. APPL management informed the CAO “that the Action Plan was approved by its board in October 2016 with a rider that the APPL would need assistance from shareholders to fund its implementation.” It appears IFC and Tata, as the main shareholders, have provided insufficient assistance to APPL, since the CAO concludes the IFC has not adequately remedied workers’ hazardous living conditions, and not ensured workers at APPL have the necessary training and equipment to prevent harmful exposure to pesticides.

With respect to consultation, the CAO finds the IFC has failed to ensure workers at APPL were continuously consulted upon matters at APPL, including the action plan and the shareholder program “in a manner accessible to workers and affected communities, considering the languages they speak and their levels of literacy.” It also finds the IFC failed to honour its commitment to commission with Tata “an independent third party to undertake an annual audit and worker perception survey with an appropriate large and representative sample size of workers across the client’s 25 estates.”

“The IFC and Tata should make good on their promise to consult workers on the path forward through a truly independent third party,” says Wilfred Topno of PAD, one of the complainant organisations. “The process should ensure workers can speak without fearing reprisals and have access to support organisations.”

The CAO notes many of the issues raised in the CAO investigation are not peculiar to APPL but “150-year-old legacy issues plaguing the [tea] sector [in India], which require urgent action.”

The IFC should use its convening power to initiate structural change in the Assam tea industry to address wage levels,” says Jayshree Satpute of Nazdeek, an organisation supporting the complainants. “Providing workers living wages is integral to lifting them from poverty.

The CAO concludes that, “these are circumstances where IFC, in collaboration with government, the World Bank and other development partners, could play a positive role.”