Bunyoro to govt: back off Kibiro hot springs 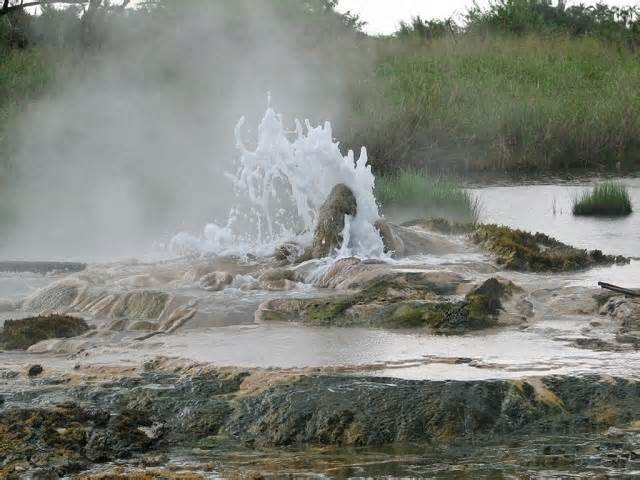 Bunyoro Kitara kingdom has opposed a government plan to establish a geothermal electricity project at Kibiro hot springs in the western district of Hoima.

The hot springs, located 35-kilometres north of Hoima town in Kigorobya sub county, flow into Lake Albert. The water at the springs is always boiling at 100 degrees and is often used by locals to boil eggs, potatoes, cassava and green bananas.

Last year, government awarded a Shs 2.3 billion contract to Royal Techno Industries Limited, to drill 16 temperature gradient holes, eight in Kibiro and the rest in Panyimur in the West Nile district of Nebbi to exploit an estimated 1,500MW of geothermal electricity. According to the government, the project is likely to commence this month and take about two months.

The findings from the gradient wells will help determine the locations for deep exploration wells that will be drilled at a later stage, as part of a project funded by the Geothermal Risk Mitigation Facility of the African Union Commission and German Development Bank KfW.

But according to Bunyoro kingdom officials, the project will destroy the site’s ecosystem and frustrate plans to elevate the springs to a United Nations Educational, Scientific and Cultural Organisation (UNESCO) heritage site.

Bunyoro Kitara minister for Tourism and Antiquities John Apollo Rwamparo said that Kibiro hot springs is a cultural site that needs to be protected. Rwamparo says that the drilling will totally affect and destroy the hot springs and salt mine, a source of livelihood for over 400 residents in the area.

He says that the salt has been mined for over 100-years and is very important in the history of both Bunyoro and Uganda, adding that any attempt to destroy the site must be condemned. Local and international tourists flock the area to visit the hot springs for adventure and healing purposes.

Originally posted on The Observer