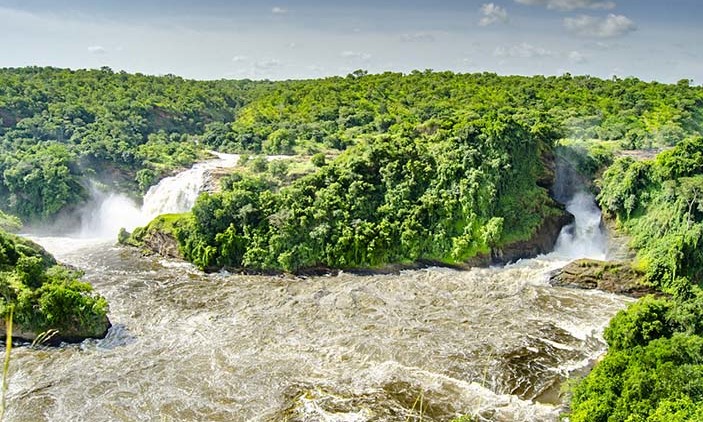 In the last three months, Cabinet has vacillated with statements over the possibility of permitting the development of hydropower dams on Uhuru and Murchison Falls (devil’s cauldron) along River Nile three times.

That vacillation is causing anxiety and suspicion that perhaps the Government is acting under pressure from a dubious hand, up to no good, and the public is spoiling for a big fight.

The flip-flopping first began when it emerged that a South African company, Bonang Power and Energy Limited, had applied to the Electricity Regulatory Authority (ERA) to be granted permission to conduct a feasibility study in order to build a hydropower dam on Uhuru Falls, just 500m adjacent to Murchison Falls.

Murchison Falls is the lucrative and panoramic escapement at which point River Nile gushes its waters with a huge force 143ft down through a seven-metre narrow canyon. Both are located within the expansive Murchison National Park, currently the biggest tourist attraction for its varied wildlife, game, birds, Sir Samuel Baker trail, river Nile and multiple falls along its way through to South Sudan, Sudan, Egypt and into the Red Sea.

Following the public disclosure by ERA, as required by law, many Ugandans and other interested parties, especially concerned with environment and tourism, expressed strong and widespread opposition to any idea that the site should be sacrificed for a power dam.

Indeed, ERA conducted its evaluations and issued an outright rejection because, among other things, Bonang did not submit legal documents showing its legal status in Uganda, shareholders, share capital or company directors.

Technical evaluation showed that massive water would be diverted upstream of Murchison Falls. At that time, ministers promptly came out to assuage public anger that no such development would be considered.

While Cabinet was free to review its decisions, this shift coming after a promise and ERA evaluation ought to be explained to persuade a suspicious and angry public, considering that Uhuru is so near Murchison Falls.

It appears that after the rejection, Bonang went back to some godfather and hence this reconsideration, hoping that the energy minister can order ERA via cabinet to review its earlier findings.

Yes, a feasibility study is a scientific method used to assess a project’s environmental, social, cultural and economic impact, viability and sustainability.

However, the flip-flop by ministers leaves gaps. And looking back to similar projects like the botched Naguru Housing Estate, Shimon Demonstration School and, most recently, the Lubowa Specialised Hospital, ministers and all concerned government agencies ought to come clean and ensure that effective and credible due diligence is exercised, and investors are not left to ride rough shoulders as if they are doing Ugandans favours.

The statement does not disclose when and why the investor has suddenly shifted interests from Murchison to Uhuru waterfalls. This lack of thoroughness is fuelling more suspicion that the ministers are responding more to investor pressure than measured considerations.

Secondly, from their own admission in providing the coordinates of the two waterfalls, which they say are only 500 metres apart, it is not hard to see the near impossibility for large-scale construction, leaving Murchison waterfalls unscathed as they seem to suggest. And we do not have to conduct a scientific study to establish that, because the construction of Bujagali, Isimba and the one ongoing at Karuma, for hydropower dams, are all available and self-evident to instruct any mind.

Obviously, there should not be any contention on whether Uganda still needs more power dams and energy to power its industrialisation and socio-economic transformation. With only 25% reach of electricity to Ugandans, we are still too short. As the Government, through ERA, clears Bonang to conduct the study, we must mobilise Ugandans with multifaceted expertise to challenge any findings and, where possible, use the courts to thwart this dangerous adventure.

But as Muloni submitted in her statement this week, there are other potential sites already identified, such as Kiba (400MW), Oriang (392MW) and Ayago (840MW) that are non-controversial as Uhuru and Murchison, whose development could be undertaken first, instead of raising the hubris government is most unlikely to win at this point.

Without being sentimental, the thunderous devil’s cauldron, together with Uhuru, and their delta areas, where tower of giraffes, antelopes, lions, warthogs, bushbucks, buffalo gangs, school of hippos, bask of crocodiles and over 450 bird species co-exist in the dense forest cover, is an amazing natural place.

It is inconceivable that while other countries are building artificial tourism sites, we, in Uganda, seek to destroy ours, more so when there are other alternatives for hydropower dams.

Like the Government was forced to abandon its plans to give away Mabira Forest to Mehta Group in 2011 for sugarcane growing, l believe that with joint, steadfast and coordinated well-informed efforts, the renewed assault on Uhuru and Murchison Falls, too, ought to fail.

The writer is the Uganda government spokesperson.

Originally posted on The NewVision