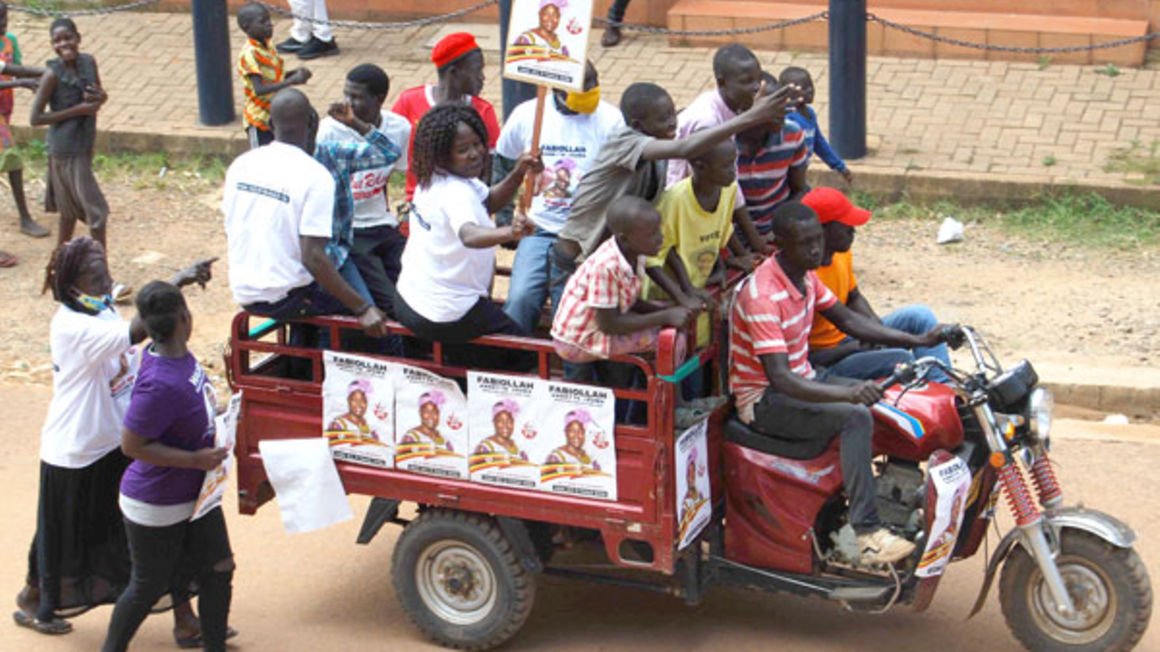 Ms Doreen Nabikande lives in her house in Ggangu, Busabaala, Wakiso District. She built it 10 years ago with her husband. Together, they had several expectations at the time. Back in 2008, when Ms Nabikande and her husband acquired land here, she had been assured, like many of her neighbours, that the Busabala road would be upgraded to tarmac. Today, she wonders whether those hopes were not misplaced. “Every year the road is announced [in the budget] among those to be upgraded but nothing much has been done,” she says dismissively.

“I think the government has forgotten about us, but let’s see what happens this time.” Like her neighbours, Ms Nabikande was also looking to have an affordable good quality health centre near her home. None of these hopes has come to pass. Three election cycles later, she is not very optimistic any of these hopes will be fulfilled.

In addressing the matter, Mr Busingye Kabumba of Makerere University’s School of Law, says Ugandans are suffering a crisis of confidence.

While addressing the seventh annual national conference by the Initiative For Social and Economic Rights in Kampala recently, Mr Kabumba said Ugandans are getting disillusioned with their dreams being deferred for so long.

His conclusion, based on a study of Uganda’s political history over the last 120 years, indicates that Ugandans have suffered through unfulfilled hopes and deferred dreams, all waiting for a final release.

“It is a boiling pot [of unfulfilled questions] … that continue to be devolved to the State,” he said. Mr Kabumba then asked a pertinent question. “Can elections really work in this environment … I think not.”

He also doubts that repeated elections will answer all these questions, since it is unlikely that “people can speak through the election [results].”

Mr Kabumba suggests that there are more forces at play in meeting promises made to voters such as Nabikande. He explains that the government is perceived as having the power to meet the people’s needs. But the government actually works within an all encompassing international legal and political regime that makes it harder for the State to fulfill the popular needs.

“The access to medicines in Uganda is linked to a broader international agreement of intellectual property … and elections may not be all and end all,” he says.
He equates the election season to the one hour of exercise that prisoners get for mental and physical health before they go back behind bars. So, he concludes that it may not be profitable to focus only on the one hour of exercise or the election season.

However, in responding to Mr Kabumba, Kampala lawyer Edgar Tabaro disagrees. Instead, Tabaro insists that the political situation is not hopeless as the public’s civic appreciation is evolving over time to a point where more people are now demanding for what they are entitled to through elections, owing to the confidence they hold in the State.

Ms Salima Namusobya, the executive director of the Initiative for Social and Economic Rights, agrees with Tabaro that the situation is not hopeless.

“It is not possible to appreciate our service delivery challenges outside the political leadership that we have and how we exercise accountability in Uganda,” she says. “At the local level, the elected leaders have a lot of power that they exercise; and this has a lot to do with the services that we get,” she adds.

Ms Namusobya insists that electoral power, as held by the public, is seen as a social contract with the voters expecting something in return.

“We give them the power; then we agree to pay the taxes [as a contract]; we expect them to use these taxes properly and expect quality public services,” she says. “It is now up to the public to hold them accountable.”

Ntungamo Municipality MP Gerald Karuhanga agrees too. “In my last election in 2016, there was a lot of State pressure, but the voters maintained their hope in me,” he says. “This tells you that the voters are able to decide what they want and vote the way they do, which gives us a ray of hope,” he adds.

Democratic Party (DP) president Norbert Mao acknowledges that the State has been more active in suppressing the parliamentary Opposition at the expense of service provision, leading to the concerns Mr Kabumba raises.

“The unanswered questions [Mr Kabumba talks about] can only be addressed in a constitutional reform,” Mao says. “Elections can only be useful if they can deliver a government that is committed to mend the cracks at the foundation of the State,” he argues.

The DP leader insists that until the State looks at the Opposition as a partner in the political climate, there will continue to be tension between the two parties. He argues that as an example, the State security apparatus is used to beat members of the Opposition at the expense of ensuring safety for all.

However, Mr Tabaro insists that the State is only responsive to public needs. He cites the violence in the Ntungamo NRM party primaries that saw a minister arrested.
“The government’s responsiveness is real. You saw the reaction of Ugandans [protesting the results] and the swift reaction of the government [in arresting the minister over reports of shooting],” he says.

But Mr Karuhanga, who hails from Ntungamo, is not convinced.

“The government showed that it was accountable to only a few,” he says. “For instance, in Parliament’s Public Accounts Committee (PAC), where we have these little incidents of accountability and engagement, many times very little gets achieved,” he says.
Mr Karuhanga insists that the government is more committed to window-dressing problems to avoid criticism.

Ms Namusobya agrees with Mr Karuhanga that the government’s accountability organs are not being made to work for the common person.

“The Auditor General and PAC are all looking upwards [to the head of State] but do not take going back to the population as important,” she says. She adds: “What needs to be done is to incorporate social accountability into our legal framework … to call upon the public to use their power.”

In considering the discussion, Mr Mao admits that political parties are usually driven by election results in their actions.

“They go into hibernation in the period between the elections and then return to the public before elections … this should change,” he says. “As the Opposition, we need to use our authority in the accountability committees more to make meaningful change,” he adds.

He calls for more transparency in public services. Mr Mao believes better service delivery would be achieved if the vetting of public officers was made public, or court sessions are held in the open. He also adds that he looks forward to a time when public associations such as Kampala City Traders Association (KACITA) are able to summon civil servants to a town hall meeting where they can explain their proposals to the public.

Asked about most of these ideas, Ms Nabikande is apprehensive about putting government officials to task on their promises to the public. She instead argues that they don’t respond well to challenges.

“I voted for an Opposition MP [for our area] and President Museveni because they were the best candidates, but every time it seems we are being punished or ignored because of our political choices,” she says. “Do you know how many times our road has been closed off every time Bobi Wine [Kyaddondo East MP Robert Kyagulanyi] considers a public event at his own Busabaala beach? It is too much trouble.”

When we ask Nabikande if she is resigned to merely complaining about a bad road and not doing much more about it, she shrugs her shoulders.

“Maybe one day they [State] will feel ashamed about it and fix the road. But I have very little faith in the outcome, especially if we vote for an Opposition MP again,” she says.