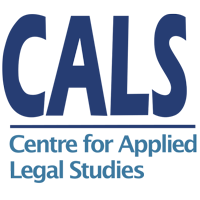 Mr Chairperson, I make the following submissions in relation to the third draft of the Legally Binding Instrument (LBI) on behalf of the Centre for Applied Legal Studies, Lawyers for Human Rights, the African Coalition for Corporate Accountability, the Centre for Human Rights, the South African Institute for Advanced Constitutional, Public, Human Rights and International Law (SAIFAC), and the Uganda Consortium on Corporate Accountability.

We commend the release of the third draft of the LBI and we strongly support the continuation of the existing process and refinement of the existing draft. A binding instrument is indispensable to ensuring accountability and remedies to victims of corporate abuses of fundamental rights. Furthermore, we support an instrument that reflects perspectives of all including the Global South and effectively addresses different experiences across the globe, and makes corporate compliance with human rights norms mandatory, not voluntary. The envisioned Treaty will level the playing field and avoid fragmented approaches to corporate responsibility that allow for abuse.

Although some improvements have been noted, there still remain key areas of languages and text in need of strengthening to ensure that the Treaty achieves its objectives: namely, to effectively address the common global challenges around the prevention of corporate abuses and violations, to address rising cases of corporate capture, and, importantly, to remove obstacles blocking access to remedies for victims of rights violations.

While there are some areas of the draft that require further enhancement and improvement, it is nevertheless important that the existing process continue until the finalization and adoption of the treaty. We reject the need for starting any new process or the need to fundamentally alter the text. We accordingly submit that if a different course is taken, it would have the inevitable effect of eliminating or weakening the progress that has been made so far. In our view, the current text should not be controversial to any state who agreed to the UNGPs – it is simply builds upon them in two areas: in relation to prevention, it renders human rights due diligence mandatory and, in relation to access to remedy, it tries to remove legal obstacles victims face. The Treaty would be part of the ‘smart mix’ of measures the late John Ruggie recognized were necessary to ensure corporate accountability.

Throughout the 7th session, African Civil Society and partners will submit a re-iteration of some of its comments on the second draft as well as novel comments both appraising the current draft and suggesting some areas of its improvement. We will make recommendations relating to various clauses of the third draft of the LBI, including but not limited to the preamble, definition, statement of purpose, scope, rights of victims, prevention and access to remedy.

This statement originally appeared on the University of the Witwatersrand website