After attacks, a community in Uganda unites to fight for their land 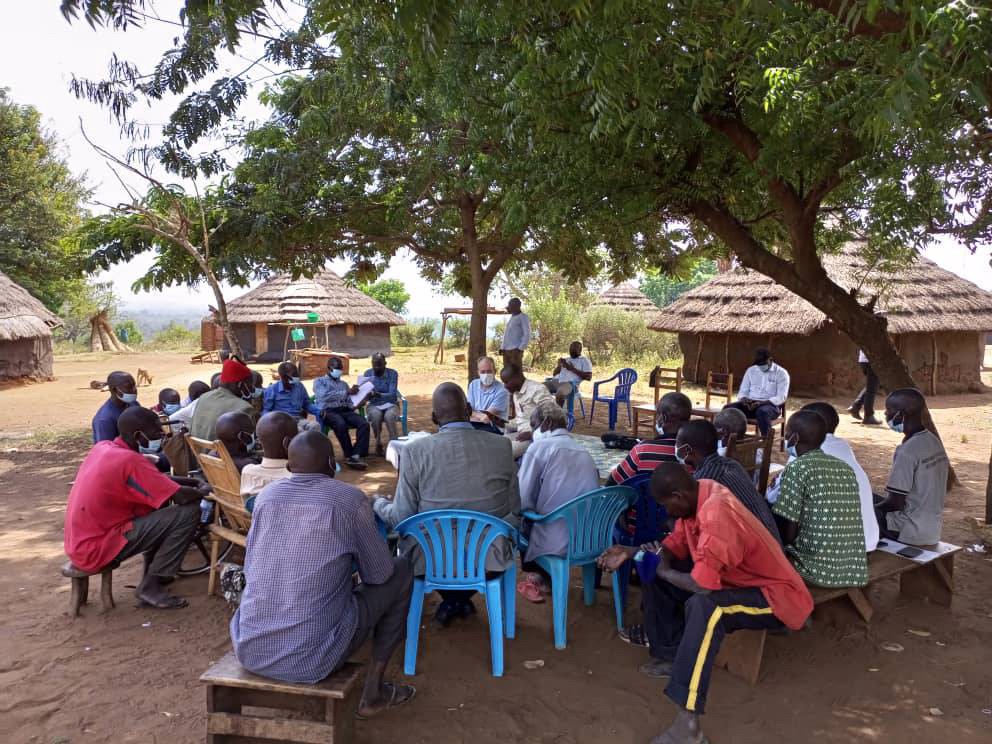 On 11th October 2021, the Paten Clan in northwestern Uganda filed a complaint with the Independent Recourse Mechanism of the African Development Bankciting human rights violations arising from the implementation of the Wadelai Irrigation Scheme in Pakwach District. The Paten Clan highlighted the forceful acquisition of their community land and the assaults on clan members who were shot and wounded reportedly by security forces upon resisting the forceful takeover of their land.

Prior to this, the community had flagged concerns around acquisition of land for the project through their interactions with Buliisa Initiative for Rural Development Organization (BIRUDO). In one of the community meetings where the hire of land for the agribusiness component of the project was discussed, a community leader from Ayavo East village noted that; “We thought that the land would continue to be tilled by its owners. We were later told that we couldn’t handle on our own but be of a group. The day they started combining us as groups and talking of bringing in investors to use part of the land is when they started stealing our land.”

These concerns prompted an inquest by Uganda Consortium on Corporate Accountability (UCCA) into the actions of Coil Limited, the implementers of the Wadelai Irrigation Scheme and Pakwach District Local government that oversees their operations.

The Wadelai Irrigation Scheme is one of the four irrigation schemes under the African Development Banks’ Farm Income Enhancement and Forestry Conservation Project (FIEFOC-2). As described, the project intends to improve household incomes, food security, and climate resilience through sustainable natural resources management and agricultural enterprise development in the five districts of Nebbi, Oyam, Butaleja, Kween and Kasese. The overall cost of this project is approximately USD 91.7 million, financed by the African Development Bank (USD 76.7 million), the Nordic Development Fund (USD 5.9 million) and the Government of Uganda (USD 9.1 million).

Part of the land that was earmarked for the Wadelai Irrigation Scheme in Pakwach District belonged to the Paten Clan. The Paten Clan raised their concerns regarding the extension of the project to their communal land for the implementation of the agri-business component of the project citing limited communal land for their sustenance. In particular, the source of contention was the initial agreement where the Paten Clan consented to offering 365 acres of land to the project. However, reportedly more than twice that amount, 901 acres, was surveyed by Coil Limited for the project. The community raised their concerns with the project team particularly that they had less land left for their own sustenance. However, their concerns were not heeded, the Paten clan sought the support of Buliisa Initiative for Rural Development Organization (BIRUDO), a non-government organization operating in the district to facilitate a mediation to resolve the impasse.

In their communication to BIRUDO, the community noted that;

BIRUDO working with the International Accountability Project (IAP) conducted a situation analysis in which community meetings were held to gather the opinions of the affected people and site visits were made to the areas where project infrastructure was set up. With support from the Uganda Consortium on Corporate Accountability (UCCA), BIRUDO organized consultative meetings with the Paten Clan and the local government officials of Pakwach District where community concerns raised through the situation analysis were discussed. Both parties agreed to have the project in the community but failed to reach an amicable resolution on the acreage, with the community insisting that they could only offer 365 acres of land.

“The decision to revoke our MOU was taken without following the due process as required by law. We demanded for a formal communication so we can follow up on the issue but we were surprised that it was delivered on January 18th, 2022 — yet it was signed by the Chief Administrative Officer on September 10th, 2021 and without room for mediation.”

In the course of the clan’s response, according to the reports, nine Paten Clan leaders were arrested and jailed on allegations they were sabotaging the project and threatening violence. Two civil servants from the same community were prevented from returning to their jobs by the Pakwach Chief Administrative Officer. In a letter addressed to one of the suspended civil servants, it was stated that as public servants, they failed to adhere to the Uganda Public Service Standing Orders 2010 particularly that they shall maintain a high standard of personal conduct and integrity both in public and private life and that they shall be loyal to government and implement government projects without fear or favor.

On 10 August, when the community tried to resist the forceful entry onto their land by the project’s construction company, 16 community members were shot and wounded reportedly by police and the army officers from the Uganda People’s Defense Forces. Those who were shot reportedly couldn’t access government hospitals without police documentation. These attacks are further examples of the retaliations often faced by communities opposed to the acquisition of their land.

Advocacy with the Financiers

Following the reported actions of police and military against the community, IAP reached out to the Coalition on Human Rights in Development (CHRD) and Frontline Defenders to support the community’s safety and security. IAP also reached out to the US Department of the Treasury to detail the Paten Clan’s concerns with the African Development Bank and from the assault and harassment allegedly by government security forces.

With the leadership of UCCA, a press statement was shared amongst national and international civil society partners to raise the issue in different spaces. An open letter was developed and shared with financiers of the project particularly the Nordic Development Fund and the Executive Directors of the African Development Bank. A meeting was convened by the Country Office of the African Development Bank and consequently, a management response from the field assessment was shared with the civil society partners. The response however dismissed the communities’ concerns for it read in part:

“Both the district team and the Paten Clan Elders indicated that none of the community members have been arrested, shot at, or injured as alleged by the civil society groups. It was noted, however, that the security deployment in the area had been increased in areas where the contractor had equipment and materials and to ensure that the Presidential directives on observing COVID-19 Standard Operating Procedures are clearly implemented.”

IAP set up a meeting with the Independent Recourse Mechanism of the African Development Bank and the community agreed to file a formal complaint.

UCCA consequently supported the community to register a formal complaint with the Independent Recourse Mechanism (IRM) which was admitted and registered in November 2021. An eligibility assessment was conducted through a visit by the IRM where the team interacted with the community, the project implementing team, the district officials and other civil society representatives. As an outcome, it was agreed that the IRM would pursue compliance review by providing recommendations on what should be done differently going forward. The IRM proposed a mediation but it was not possible at this time due to the court case filed by the community against the Pakwach District Local Government.

The challenge remains with addressing the human rights violations meted out upon the affected communities that wouldn’t be addressed in the compliance review. Nevertheless, through this process the Paten Clan is now more confident about their ability to use their voice to seek remedy from the Government of Uganda and the African Development Bank.

When asked about the next steps, one Paten Clan Elder opined; “The action of the African Development Bank reaching out to us proves that it does not support the violation of our rights. We are now confident that together with the court case against Pakwach Local Government, we can finally secure our land and have those that violated our rights answer for their actions.”

John Mwebe is the Program Coordinator at the International Accountability Project and is based in Uganda.